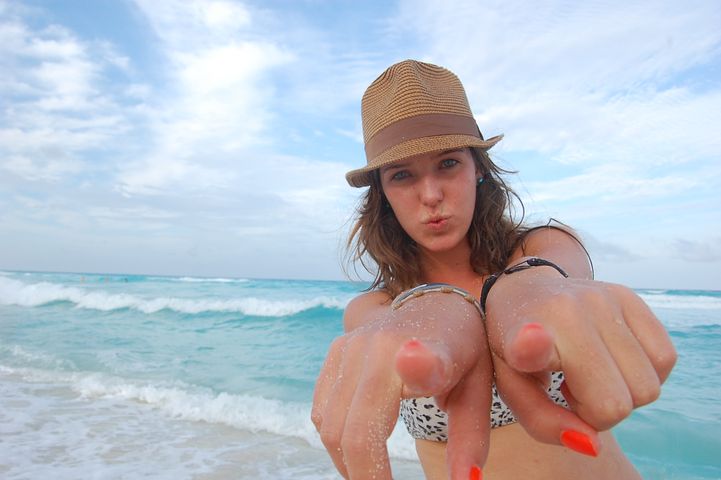 Having cancer is, for most people, life-changing.

Some cancer patients survived, and some of them lost the battle.

Every cancer survivor has a story — one filled with fear, courage and hope.

While these survivors have many things in common, none of their journey are identical.


Here are 19 powerful cervical cancer survivor stories that the women shared insights gained through their personal experiences, including a variety of issues they’ve faced.

4 different specialists told Stage IB cervical cancer patient Allison Pozzi that she needed hysterectomy, which would have prevented the then 35-year-old newly-wed from ever becoming pregnant.

She preferred to keep the possibility of having a baby alive, so she went for a different surgery.

Allison has been cancer-free since.

5 years after the cervical cancer treatment, she gave birth to her first child.

Her full story in video below.

At the age of 29, when Ashley Kulp was 29 weeks pregnant with her first child –

she was diagnosed with neuroendocrine carcinoma cancer of the cervix, a rare and very aggressive cervical cancer.

The world was crashing down on her family, but she stayed brave and strong.

Medical experts eventually saved her life and the life of her unborn son by performing a C-section and a radical hysterectomy.

The amazing Ashley left the hospital within 4 days after the surgery!

Here is the cervical cancer survivor story of 32 years old Lizzi Haas, who was diagnosed with Stage 1 B1 invasive Cervical Cancer.

She went through external / internal radiation treatments and chemo therapies.

Lizzi emphasized on the importance of HPV screening tests, as persistent HPV infection can lead to cervical cancer.

According to World Health Organization, high risk HPV types 16 and 18 cause about 70% of cervical cancers and precancerous cervical lesions.

Lizzi hoped that her story will empower young women who are HPV positive.

Claire was 29 and newly married when she was diagnosed with cervical cancer.

Her cone biopsy results show that the cancerous cells were about to spread to her lymph nodes.

The early detection with Pap Smear saved her life.

Erin Andrews, an American sportscaster and television personality, is a cervical cancer survivor.

Erin revealed to Sports Illustrated’s The MMQB that she was diagnosed with cervical cancer following routine health screening.

She sought immediate treatment once she found that she had cervical cancer: “Hey, I have cancer, but dammit, I am strong, and I can do this.”

As the cervical cancer was detected early, Erin was treated with a less aggressive approach.

After successful surgery, she wanted to be strong immediately after the surgery so that she could go watch a game.

Recommended Read: HPV Dormant Period – How Long Does It Take For HPV To Go Away?

Shannon Villalba was speaking up about the same cancer for which Erin Andrews was treated, according to Local 12 WKRC-TV.

While Villalba was declared cancer free after treatment, it is important to know that a Pap Test won’t always tell women if they have the kind of cervical cancer Villalba had.

So women need to pay attention to the early warning signs (eg. abnormal bleeding) as mentioned in the video below.

Recommended Read: 8 Alarming Signs and Symptoms of Cervical Cancer You Must Not Ignore

Niky Devine shared the past 7 years of her life in a nut shell.

The journey from being a single mum to cervical cancer treatment, and then recurring cancer that grew faster than ever — it’s extremely challenging.

She hope her story makes everyone remember no matter how bad life is, it will get better.


#8: How She Beat Full Blown Cervical Cancer at 26 Years Old

Mrs. Ashley Shante was diagnosed with cervical cancer at the age of 26.

And there was no symptom at all.

In video below, she shared her cervical cancer journey and how she fought with cervical cancer, especially the very challenging 5 weeks of chemo and radiation treatment.

And she saw light at the end of the tunnel:


#9: Survivor of Cervical Adenocarcinoma – with Trachelectomy

From abnormal Pap Smear to tough decision making on the treatment option, she made it.

She has chosen Trachelectomy — removal of the cervix, upper vagina and parametrium (tissue surrounding the cervix). This is a treatment option for some early stage cervical cancer cases for women who wish to keep their fertility and ability to carry a child.


#10: Another Cervical Cancer Survivor with Trachelectomy

33 years old Katherine was just about to get married, and the plan was to start a family.

And then she was diagnosed with cervical cancer.

Following her cervical cancer diagnosis, Katherine’s treatment including a trachelectomy to preserve her fertility.

She talks about her experience in this video.


#11: Living with Cervical Cancer: Story from A 30 Years Old Survivor

It was a routine check-up that she went for blood pressure check, and the GP told her that she was 18 months overdue for Pap Smear.

She was later diagnosed with a tumour.

In this video, Nicola Caffrey shared her experience of living with cervical cancer, including how she dealt with being informed she would lose her fertility, lymphoedema treatment, and so on.

American actress Marissa Winokur learned that she had cervical cancer at the age of 27.

She was shocked with the results of a pap smear which revealed abnormal cells on the glands of her cervix. “Looking back, I had no symptoms,” she recalls.

The idea of surgery scared Winokur. “I struggled with the decision to have surgery, but both I and doctors realized a radical hysterectomy was ultimately the best option for me.”

She underwent a hysterectomy, and lymph nodes above her uterus were also removed for precautionary measures.

And she went on to win the Tony Award for Best Actress in a Musical.


#13: A 24 Years Old Cervical Cancer Survivor Who Wanted To Be A Mum

Meg shared her journey as a young cancer survivor.

“Can I have kids?” was her main concern.

The treatment was a long journey, but she finally got pregnant.

She went through cellular Immunotherapy trial for cancers caused by HPV. This treatment uses the patient’s own body immune system to fight cancer.

Her cancerous tumors disappeared within 2 months, and she has been cancer-free for over 5 years.


#15: A Cervical Cancer Survivor Is a Mom – Helped by Robotic Surgery

She opens up about her struggle to become a mother after undergoing treatment for her DES-induced cervical cancer.

She was finally able to fulfill her dream of becoming a mother, and “The Doctors” video below shows what she went through during her high-risk pregnancy.

Recommended Read: Can Cervical Cancer and HPV Cause Infertility in Female?


#17: Stage 3 Cervical Cancer Survivor Told To Have 33% Chance Of Living

She was told to have 33% chance of living.

Roxanne shared her journey in the video below, including 10 hours radical surgery, ICU for 4 days, etc.

Barbara Nyathi was told she has cervical cancer that has already advanced to stage 3.

Upon hearing that ,she felt numb and could not comprehend what was to happen next.

Engaging with other cancer survivors helped her cope.

She had a 50% survival rate, and total pelvic exenteration surgery saved her life.

Recommended Read: The Benefits and Age Limit of HPV Vaccination

Share them out to spread the Hope and Love!